She attended the art school; then, for over 10 years, she followed the lessons – later becoming the assistant – of the master Cleo Zanello who was a pupil of Felice Casorati.

Until 1988, she remained tied to the figurative style; then, following her master she succeeded in finding her personal way of expression, liberating her feelings, and adhering to abstract expressionism. After 2000, she followed her experimental path in search of the colors of the universe. In 2015, the turning point was achieved with the art works “La nuova era”, inner and outer worlds of sidereal space. The series of faces of female characters date back to 2016. In these artistic works, more than in the physiognomic features, the faces are characterized by the cosmic soul, from deep inside. Project Giordano Bruno was realized in 2018. 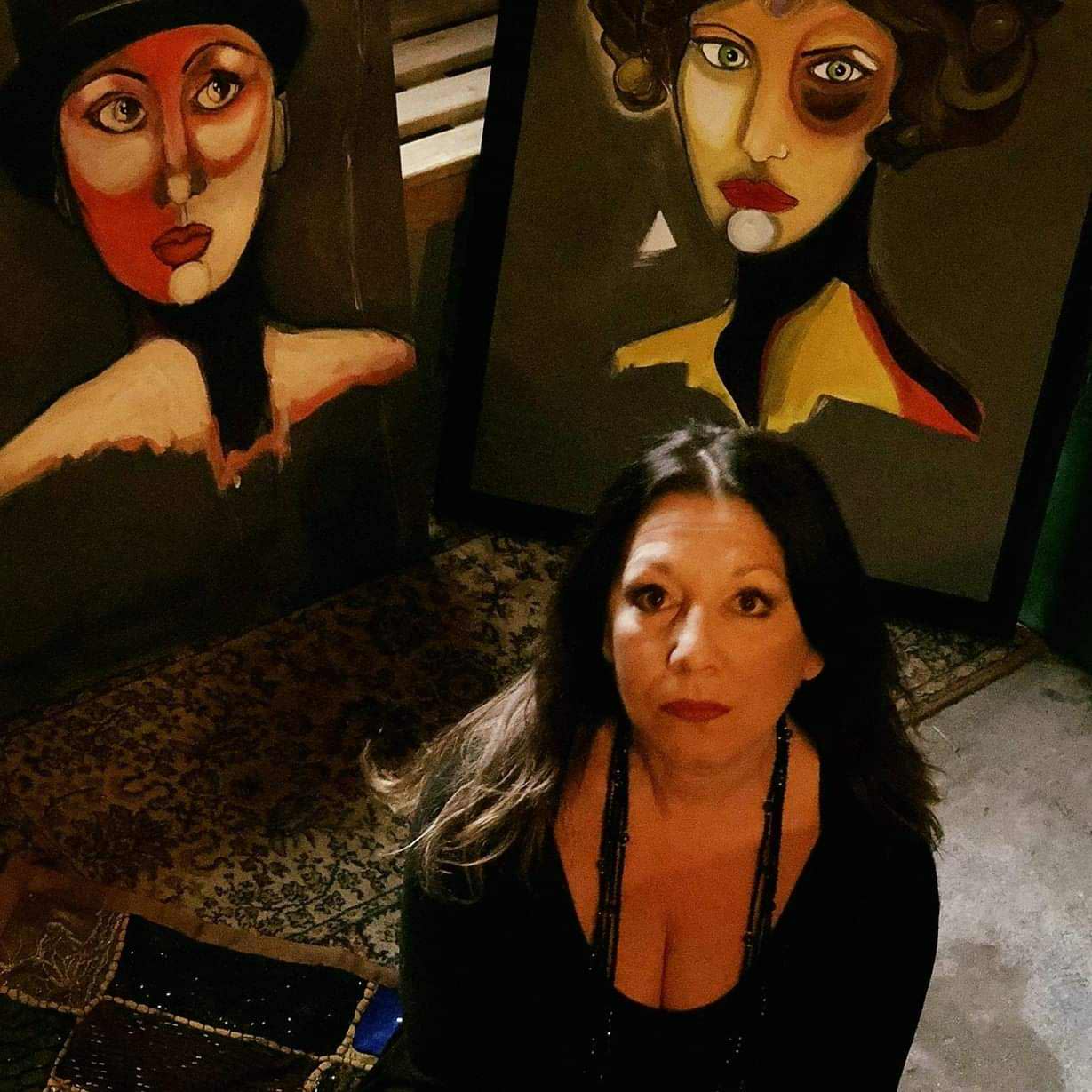